Please enter your email address, a new password will be emailed to you.

ADULT ENROLLEE: In consideration for being permitted by Central Point Parks and Recreation to participate in activities at Central Point Parks and Recreation Facilities, I hereby waive, release and discharge any and all claims for damages for personal injury, death or property damage which I may have, or which may hereafter accrue to me, as a result of participation in activities at said facilities. This release is intended to discharge in advance the City of Central Point, its officers, employees and agents from any and all liability arising out of or connected in any way with my participation in activities at this or any other Central Point City Parks and Recreation facility even though that liability may arise out of negligence or carelessness on the part of those parties. It is understood that activities such as the ones I will be participating in involve an element of risk and danger of accidents and knowing those risks, I FREELY AND VOLUNTARILY AGREE TO ASSUME ALL RISKS. It is further agreed that this waiver, release and assumption of risk is to be binding on my heirs and assigns. I agree to indemnify and to hold harmless, the City of Central Point, its officers, employees and agents from any loss, liability, damage, cost or expense which they may incur as the result of my death or any injury or property damage that I may sustain while participating in any activity at this or any other Central Point Parks and Recreation facility. I agree to assume and will pay my own medical and emergency expenses in the event of accident, illness, or other incapacity incident to or arising from my participation in this activity, and consent to emergency medical care provided by ambulance or hospital personnel.

CONSENT OF PARENT/GUARDIAN (If Enrollee is a minor): I am the parent or legal guardian of the Enrollee listed below. I hereby consent that the Enrollee may participate in activities at this, or any other Central Point Parks and Recreation facility and I hereby execute the Agreement, Waiver and Release on his/her behalf. I hereby affirmatively state that the said Enrollee is physically able to participate in said activity. I hereby agree to indemnify and hold the persons and entities mentioned above free and harmless from any loss, liability, damage, cost or expense that they may incur as result of the death or any injury or property damage that said Enrollee may sustain while participating in activities at any such Central Point Parks and Recreation Department facility.

I HAVE CAREFULLY READ THIS AGREEMENT, WAIVER AND RELEASE AND FULLY UNDERSTAND ITS CONTENTS. I AM AWARE THAT THIS IS A RELEASE OF LIABILITY AND A CONTRACT BETWEEN MYSELF AND THE CITY OF DECATUR AND I SIGN IT OF MY OWN FREE WILL. 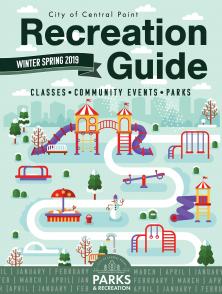